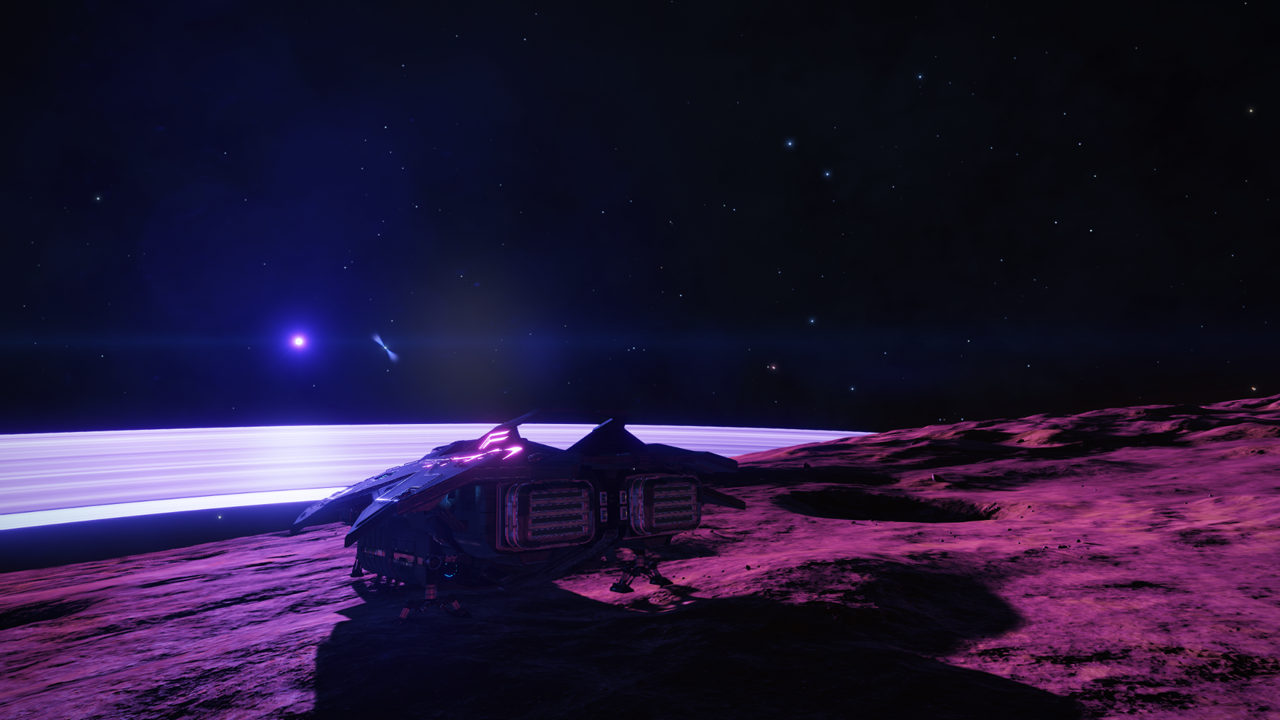 On Friday, Frontier announced the upcoming Elite Dangerous expansion “New Era”. If you read the announcement, you’ll know that there are no major releases this year. In fact, the next paid expansion (eagerly awaited for lifetime expansion pass holders who invested upfront) will be the “latter half of 2020”.

The community has been a bit divided by this. As usual, the forums are more negative than everywhere else. Some people are excited, but there have been a few prominent community members and content creators saying they’re disappointed or even expressing that they’ll be taking an extended break from Elite, or quitting altogether. I thought I’d take this opportunity to share my own thoughts on the New Era announcement.

First of all, the long and short of it is: I’m not going anywhere! I’m pretty excited that we got at least some news. As a lifetime expansion pass holder, I’ve been anxious to see when Frontier would finally announce more paid content that I’d get included in my pass. They gave us some free paint jobs recently, and while they were appreciated, that’s not why I bought the pass. I’m excited for an upcoming expansion.

I am, however, a little disappointed that we have to wait quite so long. Frontier released Horizons back in 2015. It’s now been over three years since the initial launch of the last expansion. Arguably, the Beyond updates last year were pretty major, but they didn’t introduce hefty, brand new content. That means it’ll be up to four-and-a-half years between the two expansions. Of course I’m antsy, and saddened that our only news is that we have to wait. I’m not surprised, though. Without any information about an upcoming expansion by now, it was unlikely we were going to get any major new content this year.

We’ve got some smaller content updates to look forward to, though. The post said they plan to do content releases every few months with a reduced dev team, as the lion’s share of the devs are dedicated to the next big milestone. I’m looking forward to seeing what those entail, but I understand why players aren’t thrilled about this. Even so, the changes to in-game events alone should be pretty exciting. I feel that’s an area of the game that’s needed some attention for a while.

Now for the New Era content. Frontier has said explicitly that it’s “the single most impactful update for [the] community”. What does that mean?

Speculation alert: I honestly think it’s going to be atmospheric landings. I can’t think of a single thing that would be more impactful than allowing players to land on planets with atmosphere and actual visible life. Some people think we’ll have “space legs”, which is another possibility and could also go hand-in-hand with atmo. I feel that both of these features would significantly change the game, have a massive impact on the playerbase, and also would take a huge amount of time and resources to do right. For that reason, it makes sense that we have to wait. If done well, atmospheric landings and/or space legs will be incredible. It’s a huge risk though, as if either is implemented poorly we’ll end up with a repeat of the EVE Online walk-on stations, a feature I’ve heard has since been removed because it was, frankly, pointless.

I’ve given it a lot of thought, and I can’t think of any other major features that could be added other than the two above. What else could be “the single most impactful update”? It feels far too likely that they’re alluding to this being “the one”. And if it is, no doubt we’ll see everyone come flooding back to the game. No Man’s Sky has proven (despite its rocky start) that players will gladly spend hundreds, if not thousands of hours wandering around planets just to discover new things. That’s a lot harder in Elite where most of what you discover is a different kind of rock. While NMS is a lot lighter than Elite, and atmospheric landings will be difficult, I think Frontier is more than capable of implementing it well and really making waves in the space sim genre. If this is what we’re waiting for, or anything even close to it in scale, I think it’s well worth the wait.

I’ve always been very honest with my opinions on Elite and Frontier. Some people think I’m too positive, others complain I’m too negative, but I like to think I’m quite balanced. I am mildly disappointed that the wait is so long, and think that Frontier’s communication could be better. I’d love to have had an announcement that said, “Hey, we can’t tell you now, but we are working on the next paid expansion and will have more information about what it includes at XYZ event.” Secrecy is a lot easier to swallow when you know for sure when you’ll find out the juicy details. However, all in all, I am excited for what the New Era update brings. And most importantly, no, I’m not quitting nor planning any sort of break. You can’t get rid of me that easily!

Hi, and welcome to PsychePlays.com. I’m Psyche, a full-time partnered variety streamer on Twitch, games industry veteran (former Riot Games), and a part-time writer with aspirations of becoming an author. This blog will feature gaming adventures, streaming anecdotes, reviews, and all things in between!