I’ve had an interesting journey on Twitch. I started streaming in 2013 when I was working full-time as a Project Manager at Riot Games. Due to my work schedule, I streamed quite sporadically. Eventually I got onto a two to three nights a week schedule, but it was still a bit all-over-the-place. It wasn’t until I was able to start full-time in 2016 that things really took off. And now, here I am, in 2019 streaming five days a week for six hours a day, partnered for the past year, and loving what I do. But it wasn’t always like that.

I always knew why I wanted to stream. I wanted to meet people who loved games, and talk to them about our passions. That sounds so simple, but it was something sorely missing from my life since I left home in 2008 to work in the games industry. I got some of that feeling from working with people who loved games, but a lot of my day was spent in meetings and working my ass off. When I got home, I was drained, and I missed the gaming centre I spent so much of my teenage years hanging out in.

Despite knowing what I wanted to get out of streaming, I had a tough time. At first, I was streaming for no one, as so many streamers do in the beginning. I grew very slowly because of my haphazard, poor excuse for a schedule. In fact, I took a six month break because I became anxious due to trolls and not knowing what tone I was aiming for in my chat. Because I didn’t have an “ideal stream” in mind — highly recommend you do, by the way! — I struggled to be firm when people crossed a line. The result? I was uncomfortable in my own stream, and got so stressed before going live that I just…didn’t. For a long time.

However, I did get back into it. I started to build a community out of the ashes of my own fallen-apart stream. A lot of it centred around Elite: Dangerous, but there were other games too. The best part? They were all games I wanted to play and loved, not games I solely picked because they were “good” for my stream.

In 2016, I went on the trip of a lifetime, and took a month off streaming and work. I look at it now as kind of a weird reset. My fiancé and I travelled around South Africa together. I basically disconnected from everything for almost an entire month. When I came back, I knew it was over. I wanted to move back home, and I wanted to focus on finding my happy, both on Twitch and in the rest of my life. With that, I handed in my notice a month later, and was back in Northern Ireland at the end of May. I took some time to unwind, intending on keeping my two to three nights a week schedule. But it didn’t last: I dove straight into full-time at the beginning of June, and haven’t looked back since.

Even so, I didn’t quite manage to find my happy right away. In fact, I struggled to even figure out what kind of streamer I was. One thing in particular that plagued me daily was, why do people watch me? Of the hundreds of thousands of streams, what made me special? I still haven’t completely figured that out. But in the last few months, after a lot of experimentation and soul-searching, I’m getting somewhere.

I got partnered on Twitch in January 2018. I burst into tears when I read the email. It was exactly what I’d been working towards for the last year and a half. Looking back on it now, I know I kind of shot myself in the foot by bouncing between games so often, with absolutely no structure to what I was doing. But a core of amazing people stuck with me, and we’ve grown beyond what we were back then. When you hear other partners saying on social media that getting partnered isn’t the end, and there’s so much more work afterwards, they aren’t kidding.

“Getting partnered isn’t the destination, but a step along the way.”

I spent the next year floundering. I watched my viewership grow and dwindle. Though I told myself I wasn’t in it for the numbers, and I firmly stand by that, it’s still hard when you start transitioning into doing something you love as a sort of job and realise that you have to do what’s right for both yourself and for the stream. You want to have fun and love what you’re doing, whilst simultaneously having in the back of your head that you need to not fuck it up.

The questions I’d asked myself before still plagued me. Why me? What was unique about me? Was there anything? I asked our community, and no one could really answer. People said it was because I was so positive and warm, but lots of streamers are like that. Others said they came for the games but found my reactions and sense of humour entertaining. That’s great! I can work with that. But it was still difficult for me to figure out what it was that I did differently to anyone else. At the same time, I was struggling with games. I went through phases of having nothing I wanted to play. I sickened myself on Elite and on Skyrim, both staples in the lead-up to my partnership. I tried new things, which ultimately were things that my regular viewers didn’t really enjoy.

It wasn’t until recently when I started to really push on a lot of the points people brought up that I’ve felt at peace, and motivated, all at once. People always talked about how positive and welcoming my stream was. How could I enhance that specifically? So we started “Happy Hour”, a time for people in the community to share their accomplishments and celebrate with people in chat. It could be anything: I got affiliate on Twitch, I started working out, or the all important “I got out of bed this morning”. Things that we were proud of.

Somehow, this started me down a route of also taking my own happiness into consideration. I started playing the games I enjoyed most, and finding similar games that worked well for me and for my community. I felt like a veil had been lifted. While I stream for myself, I also stream for them, so it makes sense that I’d choose something that speaks to all of us, or at least as many of us as possible.

I feel like I’ve found my calling. This feels like what I’m supposed to do. What that means for my future, I don’t know, but for right now? I’m exactly where I want to be. I’ve found my happy. 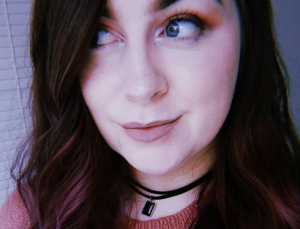 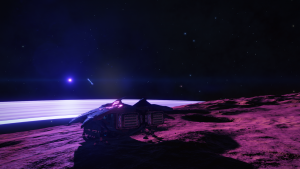